Classes were held March 1 and 3, 2016. Presented by Claudia Laws

• Breaking news stories should initially be a photo from the scene and three sentences on what the reporter or photographer sees.
• Mostly, we do not file based on scanner reports. If the news is big enough and warrants a tweet or Facebook post, make sure you say that it is “according to scanner reports…”
When you tweet/Facebook based on scanner chatter, never include that a school bus is involved (unless it has been confirmed by authorities), never include personal information about who is involved, never include suicides, especially manner of death, and always follow up those tweets/Facebook posts with additional information as it becomes available.
• When the second update comes in, the words “Original story” need to be put in front of the first update; the second update needs to have the time updated then the report above the original. For example:

Updated 4:47 p.m.: One man is dead and the Durango Mall is in lockdown following a shootout at mall early Friday morning, according to Durango Police. No other information is being released at this time.
Check back at www.durangoherald.com for more information as we get it.

Original story: Police are responding to shots fired at the Durango Mall.
Check back at www.durangoherald.com for more information as we get it.

• The full story for the next day should be filed as a separate asset so that we preserve our live reporting.

Classes were held Feb. 9 and 11, 2016. Presented by Claudia Laws and Amy Maestas

DurangoHerald.com, PineRiverTimes.com, the-journal.com – what they are, how do we use the websites, how do readers use them, why should I care?
Classes were held Jan. 12 and Jan 14, 2016. Presented by Claudia Laws.

1. Go to Saxotech
2. Go to Editorial dropdown/Hit New Newsletter
3. Change template to: DH News Alert
4. Filter stories to find story alert is being sent on
5. Move story over to right box
6. Type in a title for the alert above right-side box
7. Under “Receiver Selection,” hit Breaking News group and move to right-side box
8. Under date/time, set for “Send now”
9. At top right, hit “Save” JUST ONCE : Nothing will happen, but don’t hit save again. It can take 10 minutes to send. Check it under Editorial/Newsletters to make sure it’s in the process of sending.

1. Log on to trumpia.com (Login: thedurangoherald; Pass: BallComm1nc)
2. Click on “send message”
3. Write in a description header for text
4. Click normal blast and check text message box
5. Message type: One-time message to distribution lists
6. Under Report Manager, scroll to dhnews
7. Click “Compose message”
8. Go to story on Herald site and copy url
9. Go to bitly.com and shorten the url (Make sure to double-check it!)
10. Under compose message, type in message after “Durango Herald:” followed by “See story at” and place url after.
11. Click “Select recipients” button and select Durango Herald News by moving it to the box on the right
12. Click “Preview and send” button
13. Check the message near the bottom to make sure it’s accurate.
14. Agree to the terms by checking little box
15. Click send at the bottom right corner

Use these steps to create a reader poll on the front page of DurangoHerald.com
You’ll need access to the Q&A portion of the online edit interface.
Use the fullscreen option for a better view of menu items needed.

The following video shows a direct connection between social posts and site traffic. Even news items that would not qualify as big or breaking news draw eyeballs. In this case, And the West is History and a photo gallery several days old rise in the rankings due to social referrals. A new story about lightning risk gets more attention.
Notice the story rankings in the upper right, but also the number of people on site in the upper left. After posts, it climbs from a resting point in the low seventies to upper sixties and climbs to around 90 active users.
And while even older items of less impact have short term website benefit, newly posted stories of high interest can continue to draw traffic all afternoon and evening.
The video test started around 2:30 p.m. and lasted about 45 minutes. At 3:42, a story about the Sheriff’s new armored car posted and Vanessa got it out on social media.
As you can see from the trending report below, this test and the the armored car posts brought traffic well above the previous week.
Between 4 p.m. and 9 p.m., traffic ranges from 17% to 39% increase.

Follow the links below for the related documents regarding social media use.

During breaking news situations that involve critical information like road closures, shelter locations or general public safety and assistance information, stories can be set to bypass “access control” (paywall) so that all users can access the article regardless of subscription status. 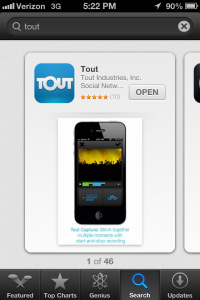 Tout is the offspring of Twitter and a video camera, giving you 15-seconds of video to work with. While it’s not for every situation, when you want to add some quick context to a story without spending a lot of time, it’s a great tool. Here’s how to use it.

Find Tout in the App store or Google Play (app may appear differently than screenshots for Android users.)

Once logged in, you will have a camera icon at the bottom center of the screen. Pressing it will display the shooting screen, which you can use vertically or horizontally depending on your preference. You can either take one 15-second-long clip, or pause and record to string several different angles together. 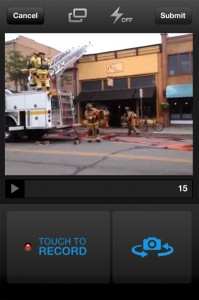 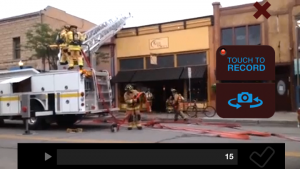 After you’ve shot your clip/s, it’s good to give the video a description so readers have more context about the video they are about to watch. 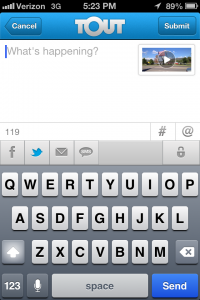 If you have a new account, let the online editor know what your Tout user name is so they can follow you on the appropriate tout widget. This will allow you’re videos to display on the website as soon as you submit them. With this in mind however, it is important to only submit videos that are appropriate for all website visitors. Try to keep an ear out for people in the background that may be using profanity and be mindful of everything in the video.

Note: In the vertical shooting display, you can tap this icon

to upload a previously shot video clip as long as it is shorter than 15 seconds.

It’s very easy to include YouTube videos with articles using the following steps. 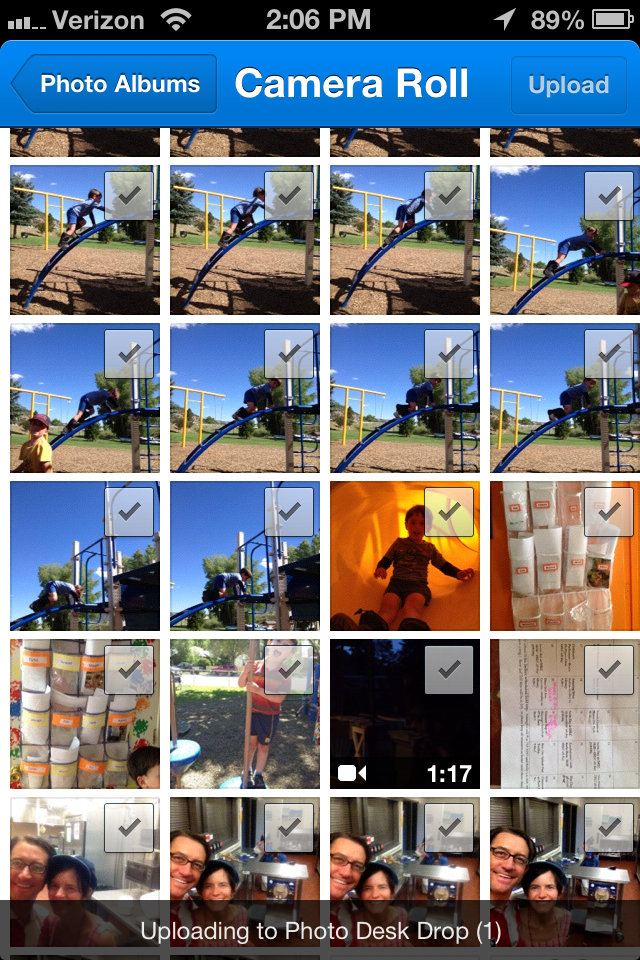 It is possible in spot news situations to eliminate the middle man so to speak (and need for a computer) and send photos from your phone to the editorial system with an ftp client. Photogs will also have ways to send high res images from their cameras to their phones but that is another tutorial.

USING FTP CLIENT PRO (more stable than many other clients) 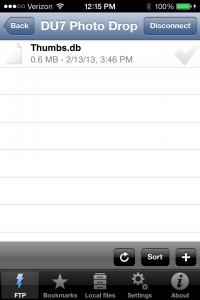 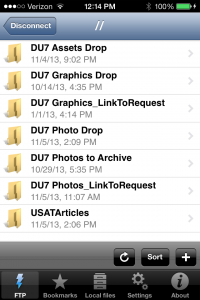 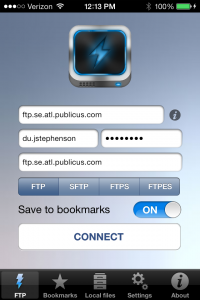 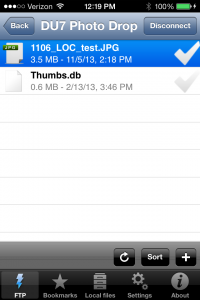 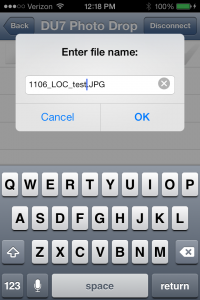 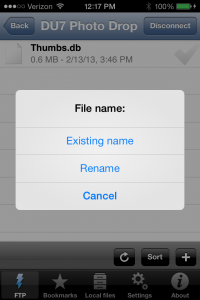 Posts from all categories